We are delighted to congratulate Professor Duncan Lawson (Coventry University) on the UK award of ‘MBE’ in the Birthday Honours (2019) of Queen Elizabeth II of the United Kingdom. 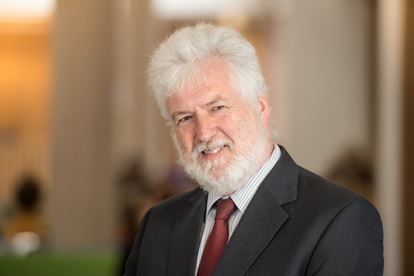 Duncan has been a member of MatRIC's Advisory Board since MatRIC was established in 2014. He is an outstanding supporter, consultant, advisor and critical friend of MatRIC and higher education mathematics teachers and students in Norway. He has made several significant contributions to the development of the Centre for Excellence in Education programme in Norway. In addition, he has contributed to the development of the University of Agder's strategic plan. None of these contributions to Norwegian higher education mathematics contribute to the UK's award, but they do point to the fact that Duncan truly deserves the honour.

We offer Duncan our warmest and sincere congratulations, we are delighted that he is a member of the MatRIC team!

For more information about the award see: